Venta Rapid Waterfall (Ventas rumba). Spanning across the river for 270 m, it is Europe’s widest waterfall. In summer, you can go for a refreshing swim or cross the rapid on foot. Spring is the best time to watch the flying fish trying to overcome the rapid and move upstream to spawn. Multiple legends seek to explain the formation of the Venta Rapid Waterfall, such as about the Devil who tried to fill the river up with sand overnight, but was disturbed by a singing rooster in the morning. No less interesting is the story of Duke Jacob, who ordered to blow up the rapid to create a shipway, but the first explosion resulted in a crack in the walls of the castle and the work was stopped. 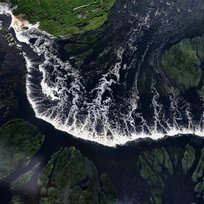 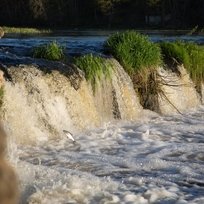 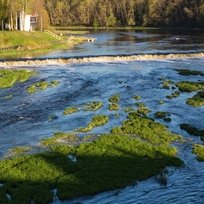 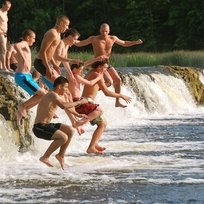