Sun dial square is one of the central places in Šiauliai. The square features three of the city’s symbols: The Sun, the Archer and the Time. The Sun tells about the Battle of Saule in 1236 and the Balts’ Unity Day, and the battle is also represented by the numbers 12, 3 and 6 embedded in the pavement. The sculpture “Saulys” (the Archer, yet called the “golden boy” by the locals) is associated with the origins of the city name. It is covered with gold and reaches a height of nearly four meters. Whereas, the Sundial counts time passed since the first mention of the city name. The square was built in 1986 to celebrate the 750th anniversary of Šiauliai. 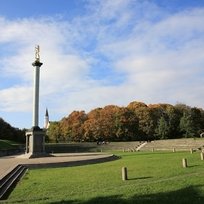 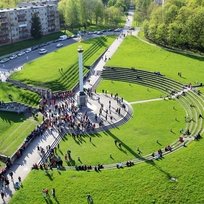 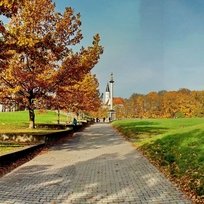