Natural formation consisting of a ravine with a waterfall at the top and two caves on the right river bank and one on the left river bank. It was a place of worship; offerings were placed in the holy caves at least since the Middle Ages. Already since the 19th century, various stories about Māra’s Chambers have been published. One of the legends tells of the “holy maids”, who dwelled there; while washing the linen at the end of the working week, intense steam was observed coming from the chambers. They say that the holy maids are seen dancing and weaving in bright moonlight. 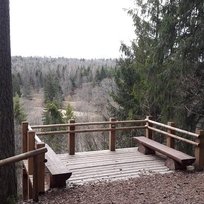 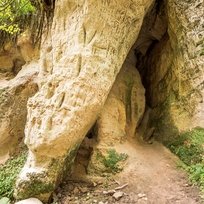 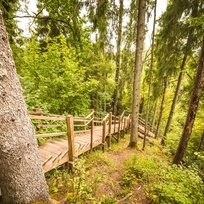 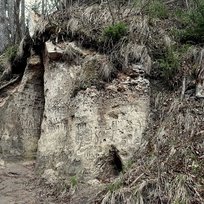 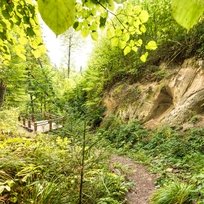 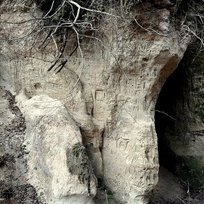 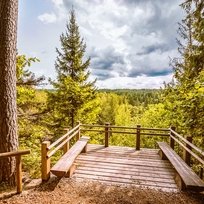