The Lejas Sacred Spring is often called Upuravots – the Sacrifice Spring. Essentially it is a rather big climbing spring which starts in the slope of the valley. By the chemical structure of the water it is an iron-rich spring which is also evidenced by the orange deposits in the bed of the spring. The discharge place of the spring is facilitated – the spring flows out under a picturesque shed which is constructed as an ancient building. In ancient times in the spring there was a wooden floor with a pavement of fist-size stones under that (such data were recorded by archeologist Andrejs Vasks in 1976). The people believe that the water of the spring has healing powers. The legend has it that near to the spring there used to be a church; according to other sources there was an ancient burial site not far from the spring in the field and others says that it is a long-time known Couronian place of worship, where offerings were left. According to a legend, the spring originated from the tears of people as they tried to flood the River Sventāja and thus stop the suitor of the local girl Ieva. At that time, love won and the suitor overcame all obstacles. Nowadays, the spring with its characteristic orange hue still serves to quench thirst of old and young travellers.  To get to spring, there is parking place at Rucavas manor hill (700 m from spring). Distance to spring is only for walking. 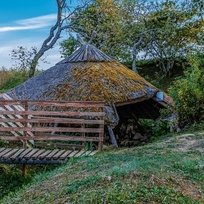 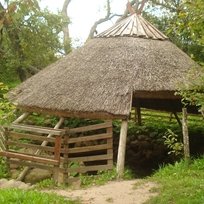 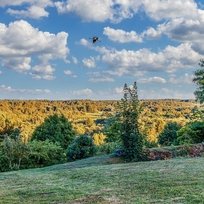 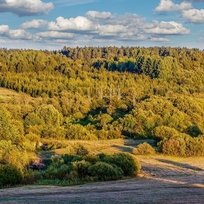 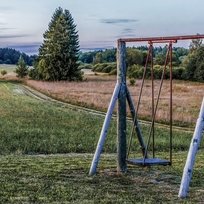