As proof of the presence of Semigallians at the lake, a number of Iron Age settlements, burial grounds and hillforts have been found in the vicinity of the lake. The inhabitation period and role of the nearby Ezerlūķi Hillfort has not yet been established. Perhaps it served as a shelter in the case of an attack or was used as an observation point to protect the nearby sacred place – Elkus Hillock (Elkus kalns). According to locals, in earlier times a road made of limestone, called God’s or Priest’s Road, led from Ezerlūķi Hillfort to the other bank of the lake. Indirect evidence is provided by hydro-archaeological surveys. Nowadays, the water level in the lake has risen and the road can no longer be found. 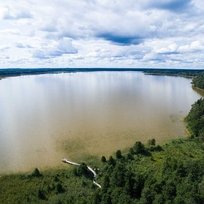 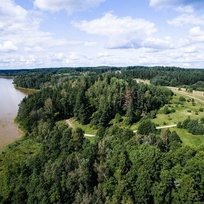 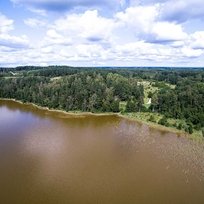 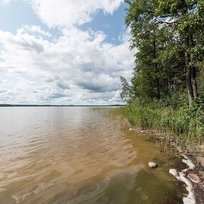