Lake Plateliai is the largest and most beautiful of the Couronian Cekla land lakes, with 7 islands and a depth of 46 m. The ancient names of the depths and shoals of Lake Plateliai as well as legends and stories indicate that the lake was once considered a sacred place and sacrifices were given to it. A mare that no one could catch was considered to be the deity of the lake. The mare lived in the Foal Kakte peninsula, which was also sacred. On the shores of the lake, there are two ancient Couronian hillforts. Oak Island was once inhabited, but Castle Island had a stone castle, which was connected to the mainland by a 300 m long bridge. Nowadays, it is possible to see the exposition of Žemaitija National Park in Plateliai village and to play the traditional game of the disc (ripka) on the lake shore. 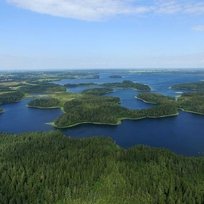 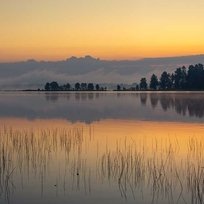