Apuolė Hillfort is the first and oldest settlement in Lithuania mentioned in written sources, where once one of the most famous and largest Couronian castles was located. In the 9th century, the political, military and economic power of Cekla Land was in Apuolė. Lithuanian and Swedish archaeologists have found not only valuable historical evidence, but also a unique oak well ring in Apuolė Hillfort. Rimbert’s chronicle describes the fierce Couronian battles with the Vikings at Apuolė Castle in years 853–854, where the citizens of the castle were forced to concede to King Olaf of Sweden and hand over many weapons, gold and silver to repel the Danish attack. Visit the annual historic re-enactment festival of the 9th century and listen to musicians playing and enjoy the historic market.Every August in the Apuolė Hilfort, the Baltic Sea Region Ancient Tribal Warfare and Crafts Festival is held - presentations of the Curonian Spit and Medieval Crafts. 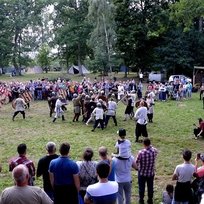 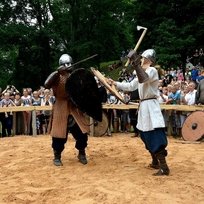